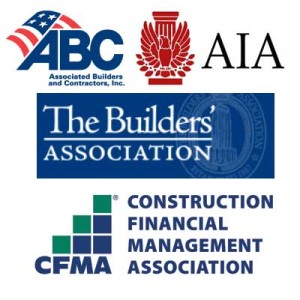 As we go through our day to day activities, sometimes we get a good reminder to refresh, evaluate and refine!  Recently I attended a couple of industry association events.  They were short, one or two day events that provided opportunities for networking and professional growth and development.

We are fortunate to have a number of outstanding associations in our area that support the construction industry.

These are just a few that represent so many companies in the construction industry.  These associations work hard to grow and develop professionals in all areas of construction.  During the recent recession, associations took significant hits to their membership, which in turn impacted their staff.  But they were able survive and continue to provide a high level of training.

Why am I talking about associations?  What does that have to do with me or Straub Construction?

These associations provide industry specific training in many different areas.  I’m able to learn about the latest construction trends in Kansas City, the Midwest, and the entire country.  To be the best for my team, I want to stay sharp and current on best practices in the construction industry.

It’s easy to get caught up in the day-to-day routine.  Association training sessions force you to think outside the box while collaborating with others who face the same challenges.

I’ve found the staff and volunteers from all four associations I mentioned above to be extremely passionate about improving the construction industry.  They care deeply that their members get real value from their investment.

A big thank you to all industry associations.  You provide an invaluable service to us and should be recognized more often! 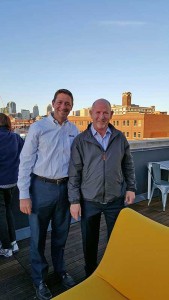 We kicked off our grand opening celebration on October 2nd as part of the popular First Fridays monthly event. First Fridays includes residents and thousands of visitors filling the streets in downtown Kansas City. The best way to enjoy the experience is by walking the area and stopping in at all the different art galleries, art organizations, studios, restaurants, and food trucks that open their doors for all to check out.   It also gives entertainers and artists from all over the country a chance to showcase their creativity.

The building that we are residing in is the historic Creamery Building at 2100 Central Street. This building also houses 3D Development, Blackbird Design Studio, SFS Architecture, Women’s Foundation, Humanscale, and more soon to follow.  We are wrapping up the construction renovation of this building and tenant build-outs at this time. 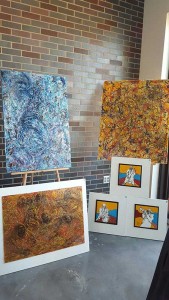 We’ve enjoyed the vision the owners and architects, Blackbird Design Studio and Finkle+Williams Architecture, had to bring this building back to life.

Straub Construction will be using this new collaborative office setting to focus on Business Development, Marketing, and Pre-Construction services, but it has many other uses.  With the web based project management software we use, our project management teams can be efficient with our team, regardless of where they office.

Along with our new office space we have the ability to host meetings in the shared first floor suites conference room or host an event on the penthouse level with the outdoor deck and grill station.

Feel free to stop by and check out our new digs any time!! 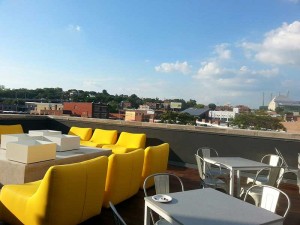 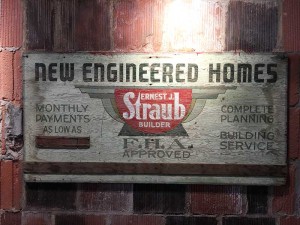 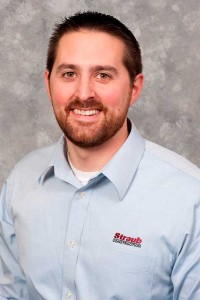 Have you ever wondered how someone’s hobby becomes their passion? Or how a person can be highly proficient in two very distinct careers or job functions? This month’s spotlight shines bright on Michael Strick, a Senior Estimator who’s been with Straub Construction for the past 7 years.

Tito, as we like to call him, is not only an excellent Estimator great with numbers, but a virtual wizard at Information Technology (IT).

When asked how he got interested in computers and IT:

“The movies “The Net” and “Hackers”.  The way Sandra Bullock hacked into the ancient PC was mind blowing! And I’ve been hooked on figuring out the brain inside the PC ever since.”

Michael is our go to guy for all things computer – he recently helped us cutover to Office 365 and bring on a new IT support company. It’s as if he’s a natural born teacher, but when given this compliment he says he’s not that guy.

I’m absolutely not [a natural born teacher], I find it very hard to convey any piece of knowledge verbally to someone else.

You’d never know it by his helpful attitude and willingness to drop what he’s doing to take care of your needs, whether it’s your computer, your phone or just figuring something out – Tito just seems to be the “go to guy”.

With over 12 years in the construction industry, Tito says it’s the diversity that is his favorite part of his job. 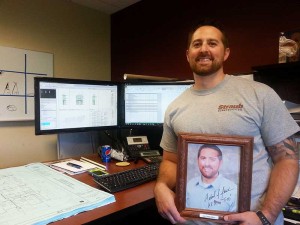 I’m actually an estimator for Straub, which has its own diversification since we dabble in  a wide range of construction projects.  But throwing tech and IT into the mix takes it to a whole new level.  With estimating, it’s like a [complexity] factor of 256 but with Tech introduced it’s like 512 now! (If you aren’t a math guru, that means it’s 256 times harder!)

What I really like about working at Straub is the atmosphere and employee relationships.  We definitely seem to take it to the next level beyond being just “coworkers”.

Besides being a part time computer guru – Michael enjoys hobbies like soccer, rock climbing and coaching his kids soccer teams – he and his wife have two boys and a girl.

When asked what are his passions in life and the things that drive him the most, he thoughtfully adds:

My Christian Faith and Family.  In the end nothing else matters in this life.  My morals and faith drive me each day to become a better person, not only at work but also at home.  It’s by far not an easy thing to do, but it’s definitely worth it.

So we thank Tito for helping out when our computers crash, phone apps don’t download, or we just can’t seem to figure out why the thingamajig won’t work – we couldn’t do it without you – Our Great Wizard of Straub!