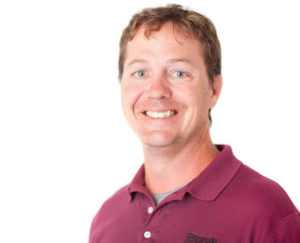 Kip Gibler is one of our veteran superintendents at Straub Construction having recently completed his 13th year with us. Originally from Blue Springs, Missouri, Kip now calls Lee’s Summit home with his wife and three kids.

No stranger to large and complex projects, Kip is currently finishing up Liberty at Shoal Creek, a massive 277,000 square foot, 185 unit active senior living community in the Northland.

Kip is a graduate of Kansas State University and has always been interested in construction as a career. He says “I enjoy the process of building and being part of a company that wants to make a difference”.

One co-worker said of Kip, “I can’t stress enough his attention to detail, ability to see ahead, the working relationships he develops with subcontractors and just his flat out ability to get the job done.” Another said, “He’s a straight shooter, if you ask for his opinion, be ready for a thoughtful and truthful answer. He’s quiet but confident, in control and sees the big picture well. Team player.”

In his spare time, he enjoys spending time with his family, watching his kids play soccer and skiing. A little-known fact about Kip is that he could swim at 3 years of age! His favorite movie is Gladiator, because you “can’t go wrong with Russell Crowe.”

Kip’s favorite quote, “Just when I thought you couldn’t be any dumber, you go and do something to completely redeem yourself”. That’s from Dumb and Dumber by the way…

It’s great to have Kip on our team! 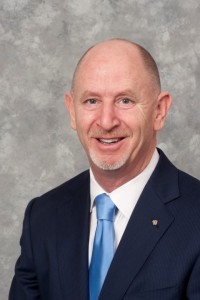 With the recent passing of my father and partner Ernie Straub Jr., our family has been overwhelmed by the outpouring of support and condolences. I want to share with you a very special gift my Dad gave me forty-one years ago that has had a lifelong impact.

This letter has been kept in a book titled “Great Words of Our Time”. In today’s fast-paced, instant gratification world we live in, picking up a pen and writing a heartfelt letter to someone you love or are estranged from can have a lifelong impact for them and for you.

Thank you, Dad, for the letter.

Click here to see a copy of the original letter my father wrote me.

Transcript of the letter

It is good to see that you are searching for a better life in the right places.  Getting next to the Lord always helps to get over the rough spots in life.

Growing up is always tough but even more so in these unstable times.  It is a great feeling to a parent especially me to see you maturing into a fine young man.  The last two years you have come a long way in growing up.  I am sure you will continue to progress in your search for happiness by being selfless.

My Dad always told me he was my best friend and I never really appreciated him until I was at least twenty-five years old.  So you see I was a long time growing up to appreciate some of my blessings.

You will be happiest when you can give of yourself freely without counting the cost.  Dying to self is the hardest task we all as men of clay have to do.

I never have been a very demonstrative person.  I don’t vocalize my feelings very well or too often which is one of my short comings.  You have always been a good son for which I have always been proud.  I have failed to tell you often enough just what a good son you have been.

Always be true to yourself by doing what you know to be the right thing then you will never have regrets.

I pray the Good Lord will give as many years to enjoy one another as we should.  I am an old man who needs love as like young men do.  Let’s love one another. 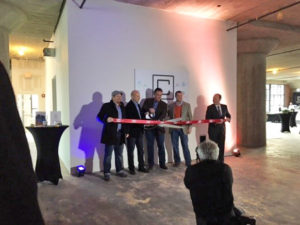 Last month marked a big day for Kansas City and Straub Construction! Not only did Straub pass city inspections allowing for tenants to begin building occupancy, but it marked the “first development for speculative office space in downtown Kansas City in 25 years” per co-developer Jon Copaken of Copaken Brooks Commercial Real Estate.

On December 15th, 2016, a couple hundred people attended the Thomas E. Corrigan Building originally built in 1921 for the grand re-opening ribbon cutting celebration. The guests in attendance varied from city officials, investors, design and construction teams, future tenants, and many other downtown and Crossroad patrons. The event included an artist “capturing the moment”, music, a tour, an array of appetizers, and cocktails to boot. There was even an ice sculpture that doubled as the building logo and a mixologist drink ice luge that chilled beverages to an enjoyable temperature. 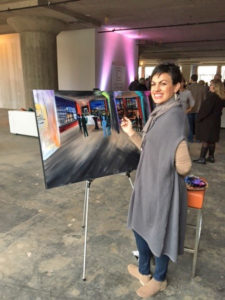 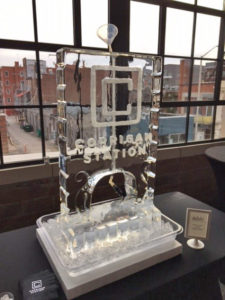 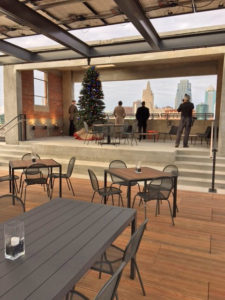 A big congratulations and job well done to the co-development team of Copaken Brooks and 3D Development who were behind this amazing transformation.

On December 27th, 2016, Ernie Straub Jr. (Chief) passed peacefully surrounded by his family. Ernie’s work and life touched so many in a positive way in his 60 years in the construction industry. A special thank you to the vendor community that responded so positively to the many charitable causes Ernie championed. He will be missed but not forgotten as his legacy lives on in the work we do here at Straub Construction.
– Ernie Straub III 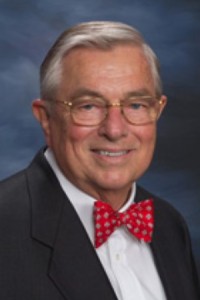 Visitation will be at the Porter Funeral Home, Lenexa, Friday, January 6th, from 5 pm to 7:30 pm and the Funeral Mass on Saturday, January 7th at Sacred Heart Church, Shawnee, at 10 am followed by burial in Resurrection Cemetery.

Ernie was born on June 23rd, 1929 to Ernest and Catharine (Purcell) Straub.  He attended Visitation grade school, graduated from Southwest High School in 1947 and KU with an engineering degree in 1952. After serving in the army, he founded E.J. Straub Construction Co. building many award winning projects in the area including an Urban Design Award for Notre Dame Place, Georgetown Apartments and Town & Country Villas.

He was happiest making a difference in the lives of the poor and underprivileged of our city, his generosity reached people near and far.  Although he was not large in stature he was a giant helping others. He loved his God, his family, his business and was an avid tennis player and enjoyed fly fishing, skiing in Colorado, but most of all he loved people, no one was a stranger to him.