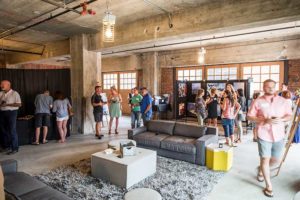 Guests could sign their Twitter or Instagram handle on the floor to ceiling white board at the entrance, grab a Kansas City craft beer, and peruse art by local artist John Knell. Three of Knell’s framed pieces were even given out to attendees after the event!

John Knell started his artistic career at an early age and pursued it through college where he studied graphic design. He has since worked as a freelance designer until recently forming Knell StudioWorks – his own studio specializing in photography and collage art. Though raised in Carthage, MO, John has since made Kansas City his home and has prominently featured KC in many of his works. We were honored to have him as part of our event.

Overall the event was a hit for all in attendance, and we hope to see you at the next one! 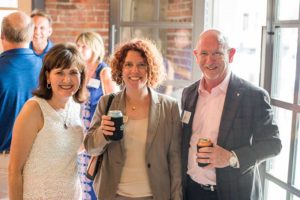 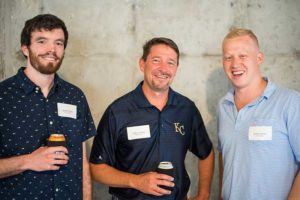 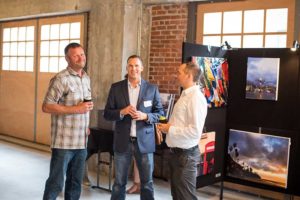 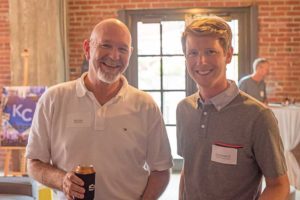 First Fridays became a popular term in the 1980’s when they became a monthly networking event targeting young professionals. However, art districts throughout the states began to use the event as a way to increase traffic and generate business. Although First Fridays has been a Kansas City tradition since 1995, artists and galleries began flocking to the crossroads as early as 1980.

Arts organizations, galleries, studios, and local businesses feature regional and national artists as well as live entertainment starting at 5 p.m. The First Friday tradition continues to grow every month with up to 10,000 attendees. Most make it an evening experience with visits to local businesses showcasing art followed by drinks, dinner and other entertainment in the Crossroads District.

Take a minute to learn more about the fantastic group of superintendents that make up our S2 division. These guys have a combined total of 80 years in the construction industry. They specialize as “working” supers who can both manage and self-perform a number of tasks and functions on any project.

All three of our superintendents excel at communication and interact with project owners and architects on a daily basis. They’re quick on their feet and will do whatever needs to be done to complete a project correctly and in a timely fashion. We’re so proud of everything they do to make our S2 group successful! 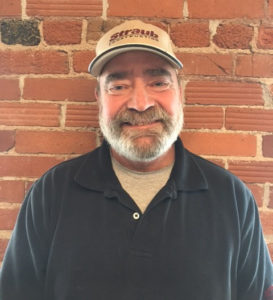 Years of Construction Experience: 35 years
Hometown: Overland Park, KS
Favorite work to self-perform: Anything that finishes under budget and pleases the customer.
What do you like most about working at Straub? Our mission and core values.
What’s a past project you’re proud of? I built the majority of the Victoria’s Secret stores in the Kansas City area.
Fun Fact: I should have stayed an artist! My favorite form of art is pottery. 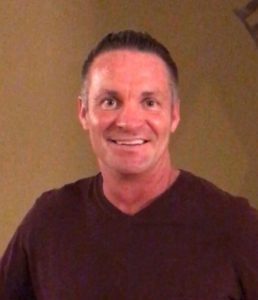 Years of Construction Experience: 33 years
Hometown: Born in KC, but grew up in Mesa, AZ
Favorite work to self-perform: Installing Casework
What do you like most about working at Straub? My coworkers and the family-feel that exists in the culture.
What’s a past project you’re proud of? University of St. Mary’s Dining Hall and UMKC School of Medicine 5th Floor Renovation
Fun Fact: I’ve been playing the drums since the age of 12 and toured with a hair band in the 80’s. I currently play a kit that I built myself over two years.

Years of Construction Experience: 12 years
Hometown: Liberty, MO
Favorite work to self-perform: Framing
What do you like most about working at Straub? The culture
What’s a past project you’re proud of? The First United Methodist Church of Kearney and The Chesterfield Missouri Baseball Complex
Fun Fact: I enjoy golfing! 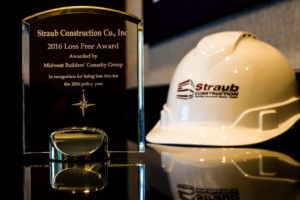 The recipients of this award are chosen based upon safety, cooperation, and claims discussions. Out of the almost 500 companies covered by Midwest, just thirty companies were selected to receive this award.

This is an impressive accomplishment and a testament to the quality of work and training that goes into every day out on our job sites. Straub Construction is a company that takes pride in maintaining the highest level of safety on each of our projects. We’re proud to have received this award and will continue to preserve the highest standards of safety for our employees and clients. 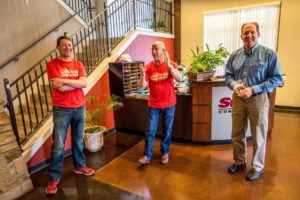