Boy on the Bridge

In light of Suicide Prevention Month, a guest story by Susan Straub – February 2018

It was dusk on a surprisingly warm Saturday on January 27th. I was running late, headed home. I knew Ernie was waiting for me to get home so we could go to a charity event. 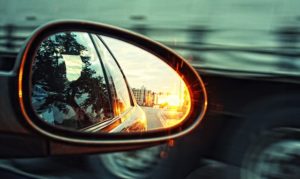 I have a habit of running a little late so I was hoping to hurry home when a white car caught my eye. It seemed out of place, parked on a highway overpass on Shawnee Mission Parkway. Just past the vehicle, I saw someone. I looked closer as I passed him. No shoes. Ragged clothing. Unwashed hair in a ponytail. He looked young and extremely agitated. And he was leaning over the side of the bridge.

Something inside me went on high alert, and I instinctively slowed down. Another car was coming behind me, and I watched as it passed by the boy and kept going. The boy was still on the bridge, looking down into the oncoming highway traffic.

I started whispering a Hail Mary and then a prayer to St. Michael.  “St. Michael the Archangel, defend us in battle. Be our safeguard…”

As I looked up to the overpass, I could see the boy back up, away from the ledge. My heart started racing as I was not sure what I was to do now..

Can I be honest? I’m not one to jump into action when there’s a crisis. 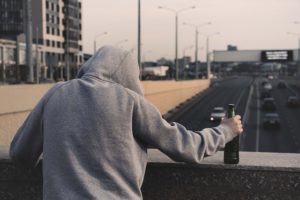 In emergency situations, I usually back up, I let others be the first responders, people more equipped to handle things. And I’m definitely not in the habit of helping strangers on the side of the road at night. I’m great at helping in the aftermath, but in the moment, I freeze up.

I was really hoping that other car would stop. But it didn’t, and no other cars were coming. It was just me, and I knew I had to help. So I took the exit and turned around, coming back up on the road beside him.

He eyed me as I pulled up in front of him. Rolling down my window, I called out “Excuse me, are you okay? Can I help you?” He came towards my car, and I got nervous all over again.

His face was even younger up close. He looked like he hadn’t cleaned himself in a week, and tears were streaked down his face. “Yeah, can you get a piece of paper and write down my name? I’m going to kill myself and I want people to know who I am.”

My heart was racing. My fingers shook as I scrambled to find a pen. I had to ask him to repeat his name, and I just started talking, trying to say anything I could think of to convince him to change his mind. I told him about how Jesus had sent me back to talk to him, and he spat back that he hadn’t believed in God since he was seven. He leaned into the door of my car, unloading all of his pain. He was addicted to drugs and an alcoholic. He felt confused about his sexual identity and was certain his parents didn’t love him. “I just can’t do this any longer.”

I felt his desperation, and saw the confusion and hurt riddled on his face. I can’t even remember what all I said, but I blurted out everything I could think of to convince him he didn’t need to do this. He didn’t need to have it all figured out. That it was ok if it took a couple tries to be free from his addiction. I said, “You can’t do this alone, but Jesus can help you through this.”

I pointed right at him and said, adamantly, “But He believes in you!”

I thought he was starting to hear what I was saying, but a few minutes in, he got more frustrated. Without warning, he jumped in his car and peeled out, speeding down Shawnee Mission Parkway.

At least he wasn’t the boy on the bridge any more.

Not sure what to do next, I drove home, heartsick and praying. I told Ernie what just happened, and he convinced me to call the Shawnee Police. So I did, telling the dispatcher everything I knew. He asked what his name was. I couldn’t remember. “Well, what was the license plate number?”

“Um, it was white, and dirty. I’m sorry, I didn’t notice the details. I was just so worried in the moment.”

“Well can you describe him?”

“Young man, I believe he said he was 18. He wasn’t wearing any shoes, and he had a ponytail and a nose ring.”

“Ma’am, we have him here. There’s a boy, matching that description, here at the station right now.”

My hand flew to my chest. and I sighed with relief. I didn’t know how he got there, but it felt like a huge blessing from God that I knew that, at least for the moment, he was okay. The dispatcher reassured me that there were staff trained to help in these situations.

I still think of that young man, and pray for him every day. I know that mental illness, and struggling with addiction is a long and uphill battle. I’m sharing this story because I want to encourage others who might not always feel brave or feel like they don’t know how to help when others are hurting. I didn’t realize I was prepared for this moment, I just happened to be at the right place at the right time (running late even!)

I had been reading through Michael Gaitley’s book 33 Days to Morning Glory, a Marian Consecration devotional. A few days after this incident, I read this quote: “The greatest evil is the lack of love and charity, the terrible indifference towards one’s neighbor… People today are hungry for love, for understanding love which is much greater and which is the only answer to loneliness and great poverty.”

It was such an important reminder that people don’t need me to have the right answers or to be some superhero. Showing up and being myself really is enough.

So keep your eyes and hearts open, and know that God will give you the strength when the time comes because you never know when you might see the boy on the bridge.

Celebrating our Centennial Anniversary with a Rebrand 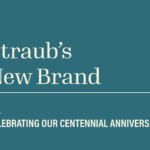 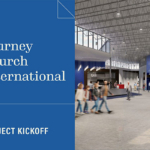