Insights
You are here: Home1 / Insights2 / Community3 / The Deck the Interns Built

Guest post by our very own Jason Riordan, Project Manager at Straub Construction 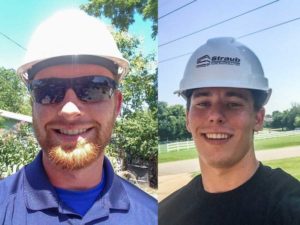 For the second consecutive year, Straub Construction had the culmination of the summer internship program be a volunteer/building project. The project was coordinated, led and completed by our two Interns, Trevor Scheumann and Connor Ford.

Connor and Trevor spent their summer shadowing different job functions at Straub. From Estimating, to Project Management to working in the field. And the deck renovation at Sisters of the Montessori School was an opportunity to put their new-found skills to the test.

In order to make the project more affordable for the school, the demolition of the existing deck was completed as a Volunteer project by Straub Employees. 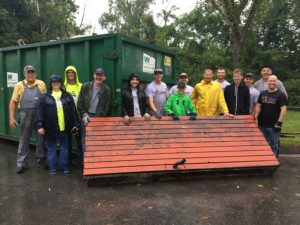 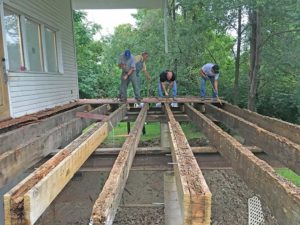 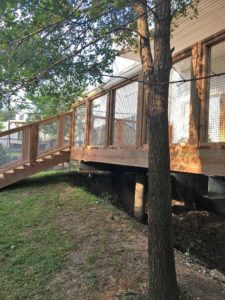 Demolition started on a rainy Saturday morning. But the weather didn’t slow down our employees who were eager to help. More than fifteen people volunteered to work despite the weather conditions. They made quick work of the old wrap-around deck.

The following week, Straub Carpenters (led by Trevor and Connor) installed 2 new decks. They also installed a door to access the second deck for the school.

This project was a great way to end the summer internship program. It was amazing to see how much of a difference the new decks made in the lives of the teachers and students. We were all reminded why we love working for Straub… Because doing the right thing and helping out in our community are top priorities. We look forward to next year’s interns continuing the tradition!

A Year in the Life of Hannah Morrey Brown 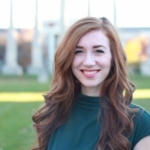 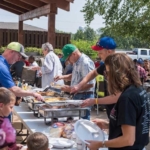