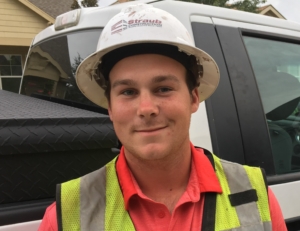 Straub is excited to welcome Jake McLees as a full time superintendent with our Field Supervision team.

A recent graduate of Central Missouri University, Jake is not actually new to Straub. October marks his one-year anniversary when he started working as a part-time intern with us. While in school, he spent his days away from the classroom (Fridays and holiday breaks) doing everything from general labor to assisting the superintendents with supervisory and management tasks.

Jake began his life in construction at 12 years old, working on his grandmother’s farm near Kearney, Missouri. During his high school years, he built several barns for ranchers and farmers in the area and enjoyed the work. He knew early in life he wanted a career in construction. Problem solving and the opportunity to work with his hands are what he finds most rewarding. He also spent a summer working for a large concrete contractor, where he was tasked with surveying, forming, finishing and eventually ran small crews. Jake believes this experience will be highly valuable as a superintendent because he will be able to see jobs from the subcontractor perspective.

There’s a unique story behind how Jake connected with Straub Construction. His father, a retired Kansas City Missouri police officer, is now a security consultant for a nearby, large school district. He contacted our Director of Field Services as a reference for the security technology Straub uses at our job sites. Both have the gift of gab, so the conversation went further. One thing led to another, and Jake started working part-time at Straub shortly after.

The family atmosphere and opportunity to run projects right away are what enticed Jake to join our team. In fact, he has already completed his first project as a superintendent – a renovation of Sacred Heart Church in Shawnee.

Please join us in welcoming Jake McLees to the Straub Family! 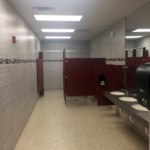 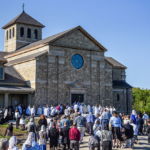