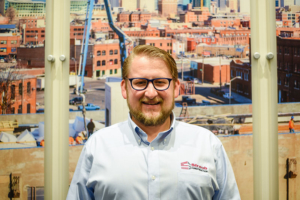 Straub is excited to welcome Jeff Simmons to the team as our newest project manager!

Jeff recently moved to the Kansas City area from Arlington, Virginia, and was born and raised in Northern Virginia. He attended Virginia Tech and pursued a degree in construction before working for a large firm building K-12 schools in the DC area. He later switched to a much smaller company which enabled him to do a little bit of everything from estimating to project management to closeout.

Straub was an easy choice for Jeff after receiving recommendations from family in the area and finding a company that was a nice medium size between his past two experiences. After visiting for an interview, Jeff really hit it off with our whole team and was excited about the quality workplace atmosphere.

Outside of work, Jeff is married to Anamarie whom he met in the DC area while she was working on Capitol Hill. Anamarie is originally from Lee’s Summit, and they’re both looking forward to being back around family. Jeff’s favorite hobbies including spending time with their two dogs, home brewing craft beers, and performing as a choral singer.

Please join us in welcoming Jeff to Straub and the KC area! 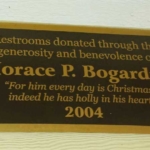 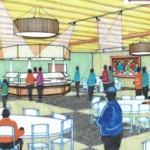