S2 recently completed a full building renovation for the SVN charter school in Kansas City, MO. The building, previously unoccupied, had been built as a rectory for the church which now houses the K-8 school. It was later converted to offices and then sat mostly unused for a number of years.

Straub removed all interior walls, added trusses throughout to raise ceilings, finished out the connected garage space, and added an extensive two-story concrete patio and learning space behind the building. This full-scale renovation included a new roof, addition of numerous windows and exterior doors throughout to let in light, and an addition of a large central staircase with dual purpose stadium seating in the center of the building. Straub was also able to refurbish the existing fireplace with an electric insert and original brick.

The project was finished in seven months and led by our fantastic superintendent, Rodney Pullen. Rodney was able to self-perform installation of doors, hardware, TV’s, and exterior signage in addition to other accessories while overseeing the remainder of the project. Thanks to his dedication and the help of our subcontractors, we were able to provide the school with a beautiful, like new annex for their growing middle school.

We’re so thankful to have gotten the opportunity to work with the staff of SVN and excited to see them utilizing the space next fall! 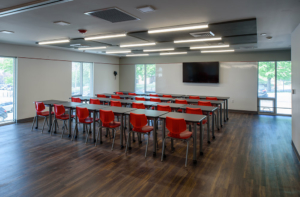 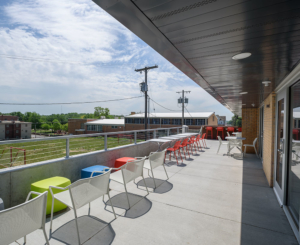 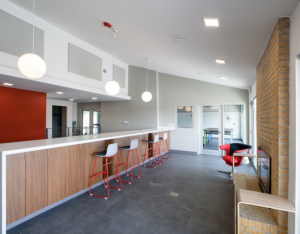 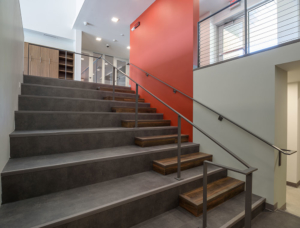 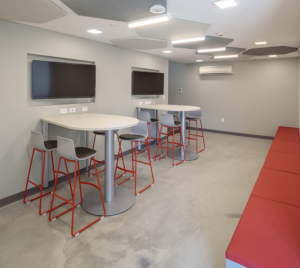 If You Don’t Know About New Century Fieldhouse in Gardner… You ... 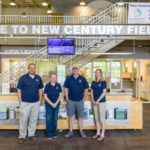 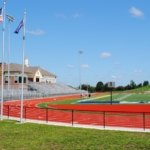 Berkel Stadium: Fostering Pride in the Students of St. Mary’s
Scroll to top