Insights
You are here: Home1 / Insights2 / Employee Spotlight3 / A New Set of Responsibilities for Scott Grover 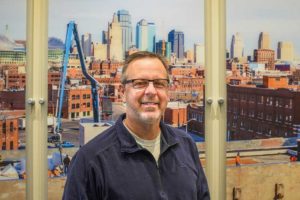 Scott Grover has been an employee at Straub Construction for three years as a superintendent. But he has recently taken on a new role. He has become the fourth member of our estimating and pre-construction team.

Scott is a born and bred Kansas City, Kansas boy. He’s been married for 24 years and has two daughters, Mikala and Sarah. During his free time, he enjoys spending time with his family and taking frequent trips to their lake house at Grand Lake in Oklahoma where they spend lots of time out on the boat.

Prior to working at Straub Construction, Scott was a longtime employee for DST. He spent a total of 28 years working for them, 12 of which were on the construction side and the other 16 were with the IT department.

During his time as a superintendent at Straub, Scott has worked on multiple projects from the historic renovation of the old Swinney School, new construction of Liberty at Shoal Creek apartments, new construction of Phil B. Curls Manor senior living, and rebuilding of Building 8 at the Edge at Olathe apartments.

Scott spent a lot of time working for a very large corporation and said that he enjoys working for Straub because of the family feel and very close-knit team. Moving into the office will be quite the change of pace for Scott, but he is excited to learn new things and utilize his 30 years of field experience where it is most needed.

This will be a great fit for Scott because he is great with numbers and has a very keen attention to detail. This work ethic came from his father who said, “If it’s worth doing, it’s worth doing right”.

We’re excited to welcome Scott into his new estimating position and know that he will do a fantastic job.

Project Spotlight: Church of the Nativity – “Always room for more at... 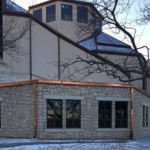 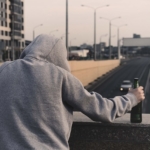 The Boy on the Bridge
Scroll to top
error: Content is protected !!