Archive for category: Our Team

Aaron is a Junior at Park University, studying International Business. You’ll find him on the Park campus (and job site), working on the new Robert W. Plaster Free Enterprise building.

In December, Ernie Straub III rolled out a succession plan that allows us to continue impacting communities for the next 100 years and beyond.

We are excited to announce from November 18-27, Straub Construction is participating in our 5th annual Week of Giving!

Straub Construction is excited to welcome Tayler Delzell to our team. Tayler is a passionate storyteller and marketing strategist with over 6 years of experience in the Kansas City A/E/C industry. 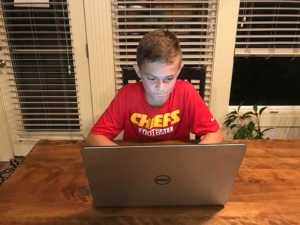 The annual Straub family picnic was on Saturday June 3,2019. There were bounce houses, an ice cream truck came, a bean bag tournament and annual prize raffle.

The annual raffle is probably everyone’s favorite. It included TVs, iRobots, a Traeger grill, Bluetooth speakers and many other great prizes.

They also had catering from Two Guys and a Grill. The food was amazing. There were hot dogs, cheeseburgers/hamburgers and chicken, with potato salad, beans and chips as sides.

Overall it was a great day and I met a lot of new people. 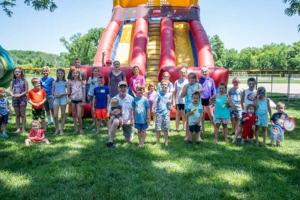 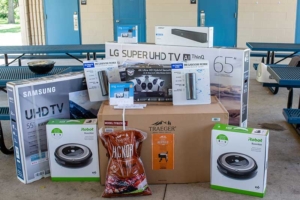 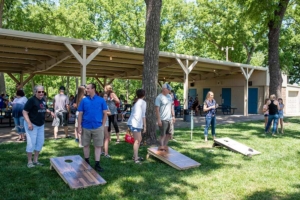 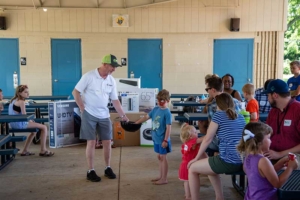 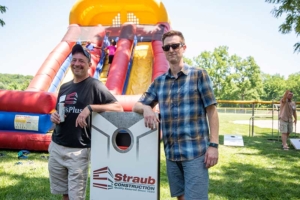 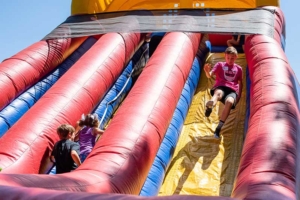 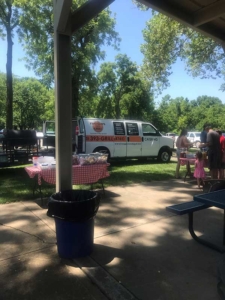 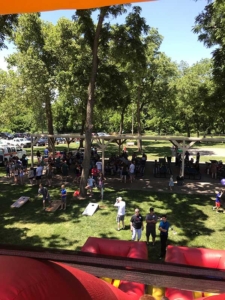 A Passion For Building

The construction industry is full of incredibly talented people who truly love working with their hands. Construction workers have a passion for taking raw pieces of material and turning them into something beautiful. If you ask any person in construction, most of them would say that this is the reason they work in this industry.

You can tell a lot about a person’s true passion by the way that they spend their free time. Jeff, Nolan, and Steve are a few people at Straub Construction who like to spend some of their free time woodworking. Starting with nothing but some nails, glue, and raw pieces of wood, these guys build some true works of art.

Jeff Walters is a Superintendent who has been at Straub Construction for almost 25 years. He started woodworking when he was very young. His affinity for woodworking came from his grandfather who was a trim carpenter when Jeff was growing up. Jeff’s grandfather helped him with his first few projects for the 4-H and he fell in love with it. After 4-H he took a wood shop class in high school for a year. The majority of the projects that Jeff has done have been for friends and relatives. Over the past few years he has been building for the younger generation of his kids, nieces, and nephews. 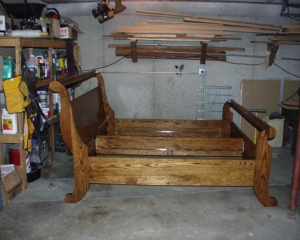 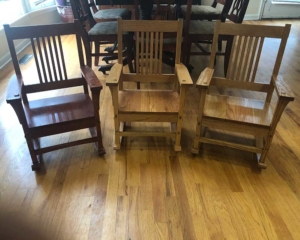 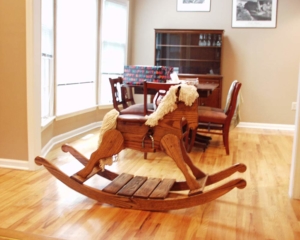 Nolan Cisper is a Project Manager at Straub Construction who has been in the industry of over 10 years. He also got into woodworking rather early in his life. For his 17th birthday, Nolan told his parents that the thing he wanted most was his first Worm Drive Saw. From then on, he could be found building things out of wood. Most of the things that Nolan builds are for his friends and family. However, there are fair few of his creations scattered around his house. Two years ago, Nolan built a cutting board that was a huge hit at our White Elephant Gift Exchange. Nolan also built a wooden six-pack container for last year’s gift exchange which was also a hit. 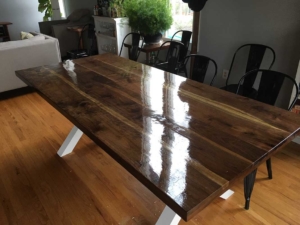 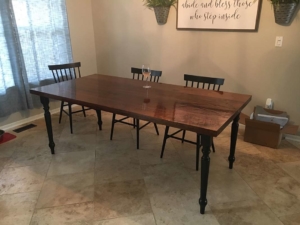 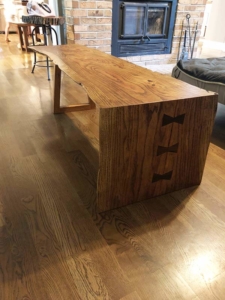 Steve Berko is the Director of Preconstruction at Straub and has been in the industry for over 40 years. He got into woodworking a little bit later in his life about four years ago but he has always enjoyed building things with his hands. Much like the others in this group, most of the things that Steve builds are given away to his friends and family. One of his favorite things to make for the people that matter the most in his life are thick cedar benches. Steve remarked that these cedar benches are not perfect but that is a great representation of life. Life has a lot of challenges, and like these benches, it is the knots, saw marks, spits, checks and imperfections that give it character and make it beautiful. 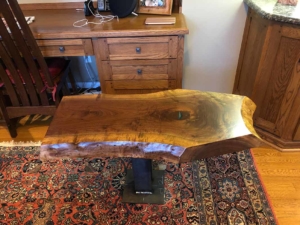 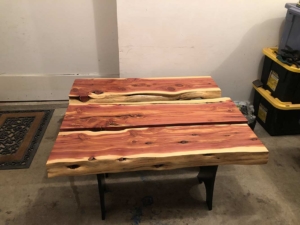 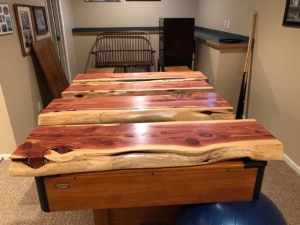 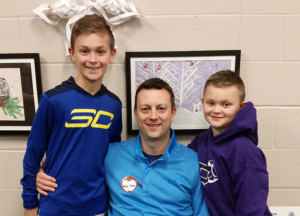 Last fall, during Back to School night at my kids’ school, I had just been handed the new school year calendar.

It’s an exercise I go through every year. I skip right through the first semester. Holiday break? Nope, no big deal. Spring Break? Nope again. We would deal with that later.

My eyes locked onto February, and there it is. BOOM! Yes, my birthday would fall on a WEEKDAY! Why is this such a big deal? It’s because that allowed me to sign up for the WATCH D.O.G.S. (Dad of Great Students) program on my birthday. If you aren’t familiar, please take a moment to learn more by clicking this link.

This year turned out to be an exceptional experience, and I learned a lot about my kids, their school, and myself. 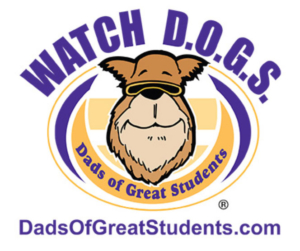 ere are some of my key takeaways:

I am so thankful for the faculty and staff at Riverview Elementary who helped me celebrate my birthday in such great style. I’ve already peeked ahead at next year’s calendar, and you can count me in for a certain Thursday in February of 2020! 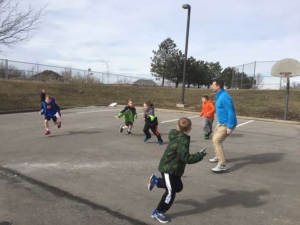 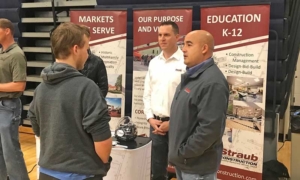 We regularly attend these types of events – not only to attract and recruit future Straub employees, but also to help draw attention to the industry in general. It is widely known that the construction industry faces a major talent gap, and we applaud the efforts of the local school districts in working with community businesses to address these challenges.

We show up and spread the word… careers in construction are highly rewarding. I could write about that. However, tons of people already have, and it’s in the news regularly.

This career fair was a reminder of how important it is to steer kids toward their passion, whatever it may be.

Of course, we’re grateful for all the students who dropped by to talk about construction. But we also had quite a few visitors who had no idea what they want to do after high school. These were mainly the freshmen and sophomores we met.

It was such a joy to talk to these students. We opened every conversation by asking, “What do you really love to do?” As you can imagine, the answers varied widely and made the day memorable. Some of these students will go on to pursue four-year degrees, and some will not. And that is great either way depending on the reasons behind the decision.

For every potential career path, we were able to offer consistent advice: